If you’ve tried gaming at least once, you’re probably already aware of how important it is to know your FPS at all times during a game.

With this, you’ll have an edge against players that will help you with your competitive gaming. However, seeing your FPS at all times is not as simple as you think. FPS counters were made for this exact reason.

You’re not required to have a high-end computer to access such features. What you need is some knowledge of what FPS is and the patience to look for reliable FPS counters. After all, there is some software that instead of helping you will only make you suffer through viruses, malware, etc.

So today, we’re going to talk about FPS counters that are accessible to all gamers around the web, and we’re not just talking about your typical ones, we’ll talk about the best there is. But before that, of course, you’ll first have to know more about what FPS is for the sake of those who have only started gaming recently.

Part 1. A Brief Overview of FPS for Gamers

FPS is a term referring to Frames-Per-Second. As the name suggests, it is the unit of measure for the frames that are displayed by the computer every second. So why exactly does this make it so important to gamers?

This is because each device is only able to display a limited number of frames. Getting a high number will mean that your device is of high-quality and will display the graphics smoothly. On the other hand, if the FPS is low, it just means that the device is poor at displaying graphics.

For gamers, having a low FPS is a very alarming issue. After all, you don’t want to find out that your device is only capable to do so much.

So how can you know that you’re actually on a pretty good standing when it comes to FPS?

Part 2. What Should be Your FPS?

As previously said, the FPS is the number of frames your device can display every second, currently. This means that it can change depending on your graphic settings and the current screen being displayed.

For example, if you are running on low resolution, you will get a higher number on your FPS since it doesn’t take too much effort for the computer to display such low-quality graphics. Having a high resolution will lead to lower FPS.

Regardless, you’ll have to remember the ranges of the FPS you will want to see on your FPS counter:

While these ranges of FPS is easy to remember, the most important thing you have to take note of is that FPS can change depending on your graphic settings and the current screen being displayed. Thus, the need for FPS counters became prevalent, which leads us to our next topic.

Part 3. Why Do You Need an FPS Counter? 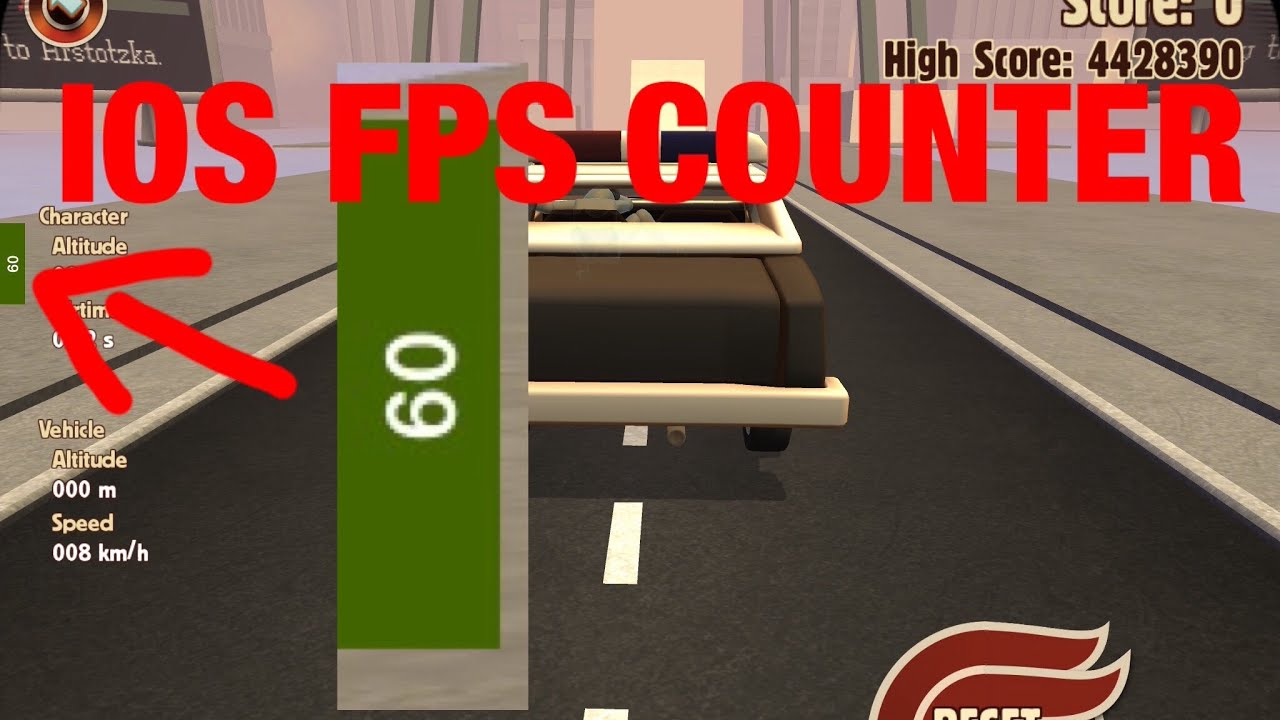 As a gamer, it is important to focus on the game more than anything else. You’ll have to take it at your own pace and remember to adjust to the game’s situation.

However, gamers aren’t used to adjusting their gameplay according to changes in their FPS. They can’t possibly react to a sudden drop on their FPS. In the worst case, the FPS drop may cause their defeat in their respective games.

On the other hand, if the FPS suddenly skyrockets, it can still take them by surprise. Their previous gameplay will be ruined and they’ll have to adjust to another that is suited for one that tackles a game with high FPS.

The moment they get caught off guard, it has the potential to lead to their doom. Plus, they can’t possibly go to the settings and check their FPS every second.

That’s why FPS counters are very essential to gamers. Since most games don’t display the FPS normally, they use FPS counters to add another aspect of the game.

With all that being said, here are some recommendations for the FPS counter you should check out in case you decide to use one. 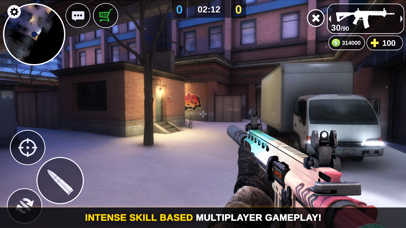 Steam is a storefront for all kinds of games you can think of. It is accessible in your macOS, Windows, and PCs running on other operating systems. It also offers people a community portal where they can connect with people and talk about their favorite games. It promotes cooperative gaming.

However, even this game has its flaws. For one, there’s no default setting that allows you to see your FPS through a built-in FPS counter. Fortunately, the issue has been circulated throughout the community that it even reached the moderators. Thus, they’ve added a feature called In-game FPS counter. Here’s how you can use it on Steam.

While it may look small to you, the FPS counter should still be visible. This should actually be the best size to avoid distracting you too much from the game.

However, as you may have already realized, the Steam In-Game FPS Counter only appears on games played on Steam, obviously. So we’ll talk about an FPS counter that will hopefully help you with other games.

You may have heard of NVIDIA a couple of times, being the gamer you are. In fact, you might even have an NVIDIA graphics card on your PC right now. If that’s the case, then gaining access to an FPS counter will be as easy as pie for you.

As you can see, NVIDIA is a graphics hardware that allows for a better experience with your PC. More specifically, it focuses on gaming.

However, the most important thing you have to remember right now is that NVIDIA also offers an FPS counter. This feature can be accessed through the NVIDIA GeForce Experience. Here’s how you can use the feature:

There should be many options such as Camera, Status Indicator, Viewers, and most importantly, FPS Counter. Click on FPS Counter.

There will be four boxes you can choose from which should indicate the position where the FPS counter should appear. Choose which position depending on your preferences.

With that, you’ll already gain access to an FPS counter no matter which game you play. Best buy external dvd drives. However, as previously said, it can only be accessed if you have an NVIDIA graphics card. Since some of us have different graphics cards, we’ll talk about more options for the best FPS counter.

Note: The following options will have their own set of instructions for you to learn by yourself.

How do I display the FPS counter? FRAPS is perhaps one of the most popular FPS counter third-party software made for PC gamers. It has many functionalities and it doesn’t only show the FPS, it can also increase it. It is capable of many things and you can easily set it up once you installed it on your PC.

Compared to other third-party FPS counters, it’s definitely on top. However, you can only gain access to FRAPS by paying some bucks. You can buy your way to FRAPS with $37 and you won’t have to pay for anything for your lifetime.

However, once you pay for it, you’ll see that it’s actually worth it. The FPS counter can be configured. You can set its position, shortcut, and more.

Just like FRAPS, FPS Monitor is another specialized software made as an FPS counter. It was developed in a similar way as FRAPS.

It has a lot of functions, a clear interface, and a wide range of configurations. You can even set the settings while gaming.

In addition, it supports all sorts of operating systems. Fortunately, there’s a free version of the tool. But of course, if you want to support them, you can always opt for the paid premium version.

Our last option for a third-party FPS counter is DXtory. DXtory is more of a video capture tool that was made for OpenGL applications and DirectX. So it’s kind of like Steam in a way that you can’t use it on other games that aren’t running on these two specific components.

Either way, it allows you to have access to an FPS counter at all times. Of course, there are other gaming features as well, including the screenshot feature.

Knowing about FPS is a very beneficial objective for every gamer. Even more so when it comes to understanding its importance. Alas, you can’t easily manipulate your FPS to your advantage. You can only monitor it so you can adjust your gameplay accordingly.

However, it won’t be as easy as you think. You’ll have to think of software that will serve as an FPS counter for you. Once you gain access to one of these tools, you’ll find that you can easily improve your gameplay with just the addition of a small number on your screen.